Why humanity, diversity and collaboration matter in tech and fintech

An Open Banking state of mind 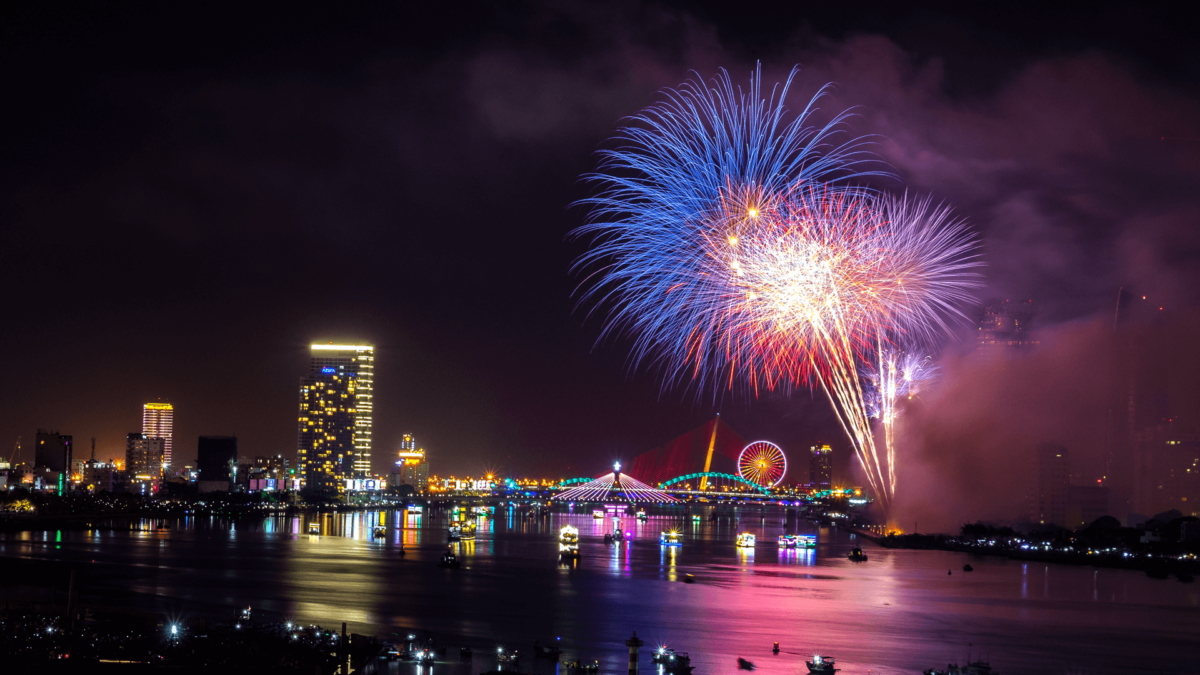 Priviti won the Chief Product Officer’s Award at Westpac Bank’s Innovation Challenge in Sydney yesterday, following great coverage in the Australian Financial Review. I would like to congratulate our Head of APAC Dermot McCann for presenting the winning pitch and thank him for being such a collaborative colleague. When he won the award, he called the rest of the team and thanked us! Here he is pictured (middle) with representatives from Westpac Bank in Australia. 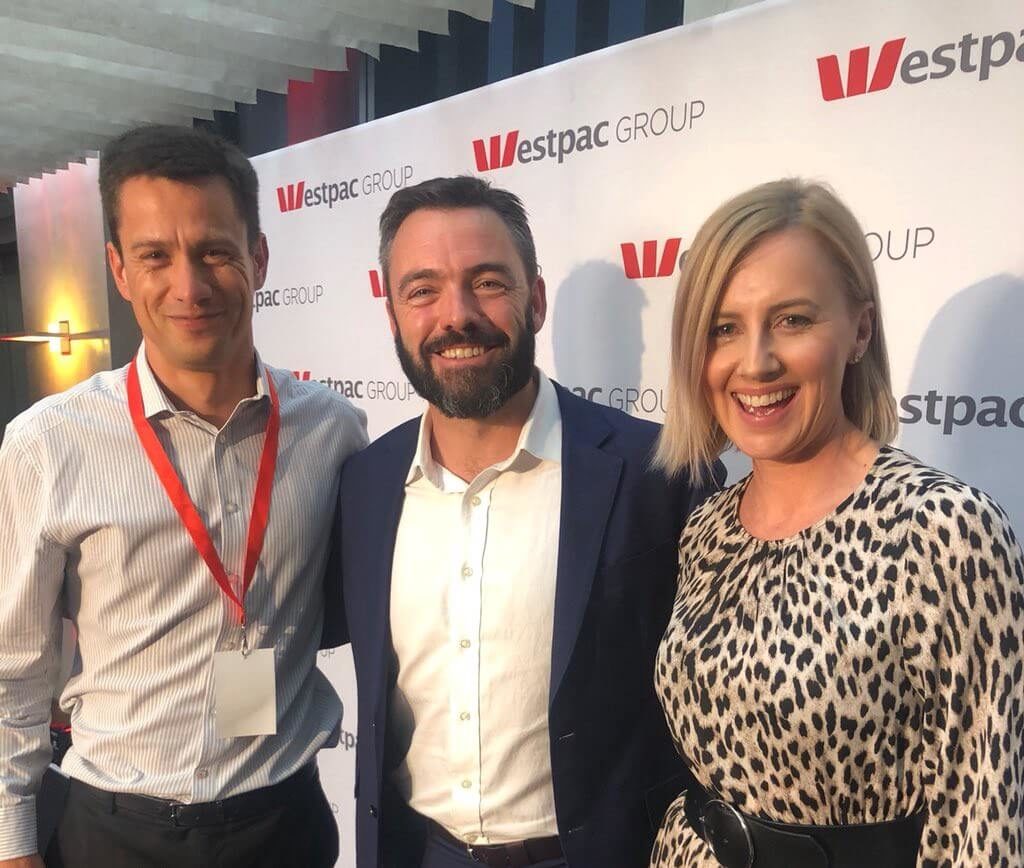 Over the past two weeks, I have had the privilege of being invited to two inspirational, tech-focused events at the Mansion House, the iconic Palladian-style residence of the Lord Mayor of London completed in 1758. Having grown up in Silicon Valley and studied Classics at university, I found the juxtaposition of old and new both startling and refreshing: classical statues and cutting-edge robotics, City dignitaries and unconventional entrepreneurs, and ceremonial traditions and disruptive innovation. 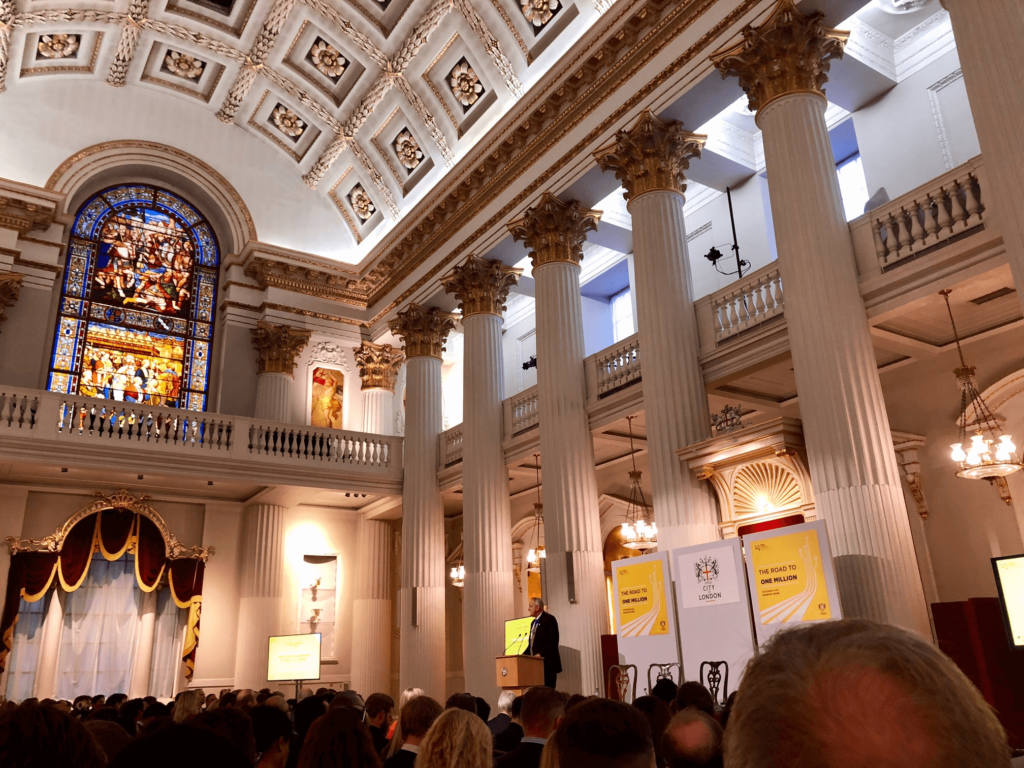 Both events embodied the unique spirit of London, an ancient city built upon Roman foundations yet embracing a multitude of cultural and historical influences to strengthen its identity. London is one of the most diverse and inclusive global cities where the ancient and modern coexist harmoniously alongside respect for tradition and the boldness to question everything. 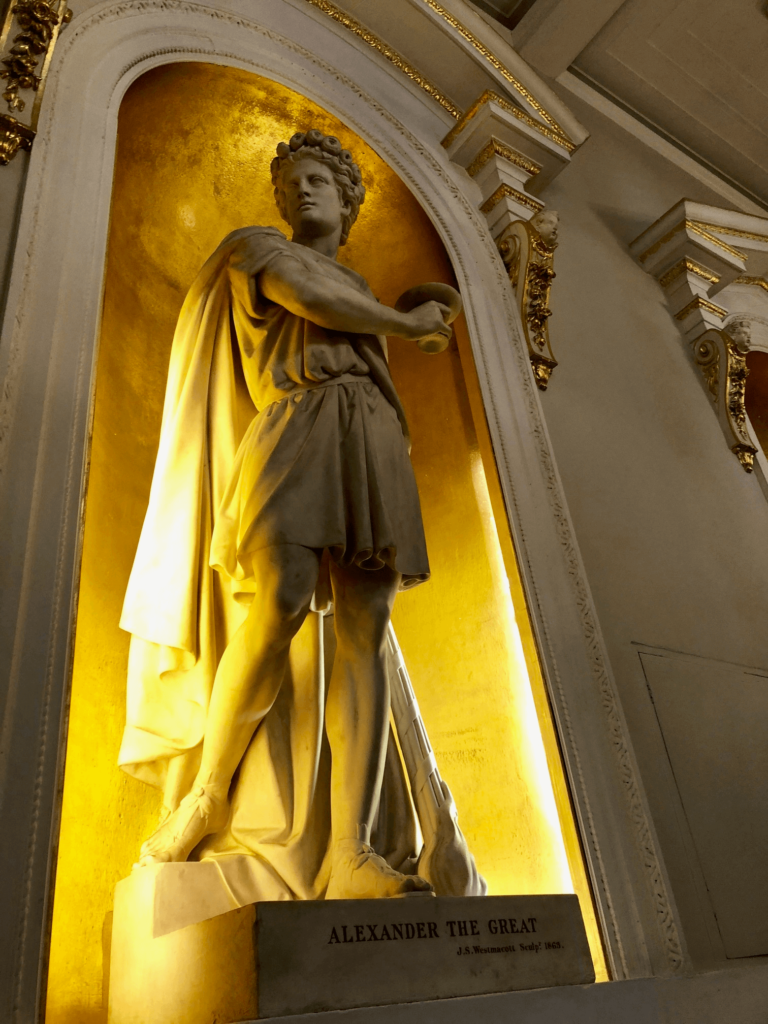 Diversity in tech affects all of us

The first event I attended was the launch of Tech London Advocates’ ‘Road to One Million Campaign’ on 20 November. Led by Russ Shaw’s non-profit tech community, Tech London Advocates (TLA), which I am part of, it aims to harness the campaigning power of the tech sector to reach a target of one million tech jobs by 2023.

It focuses on increasing the diversity of London tech, inspiring young people and home-grown talent to pursue a career in tech, keeping London open to international tech talent and improving London’s digital infrastructure.

Following coverage in City A.M., you can read the pledge on the TLA website and learn more about how you can take positive action to help achieve change. 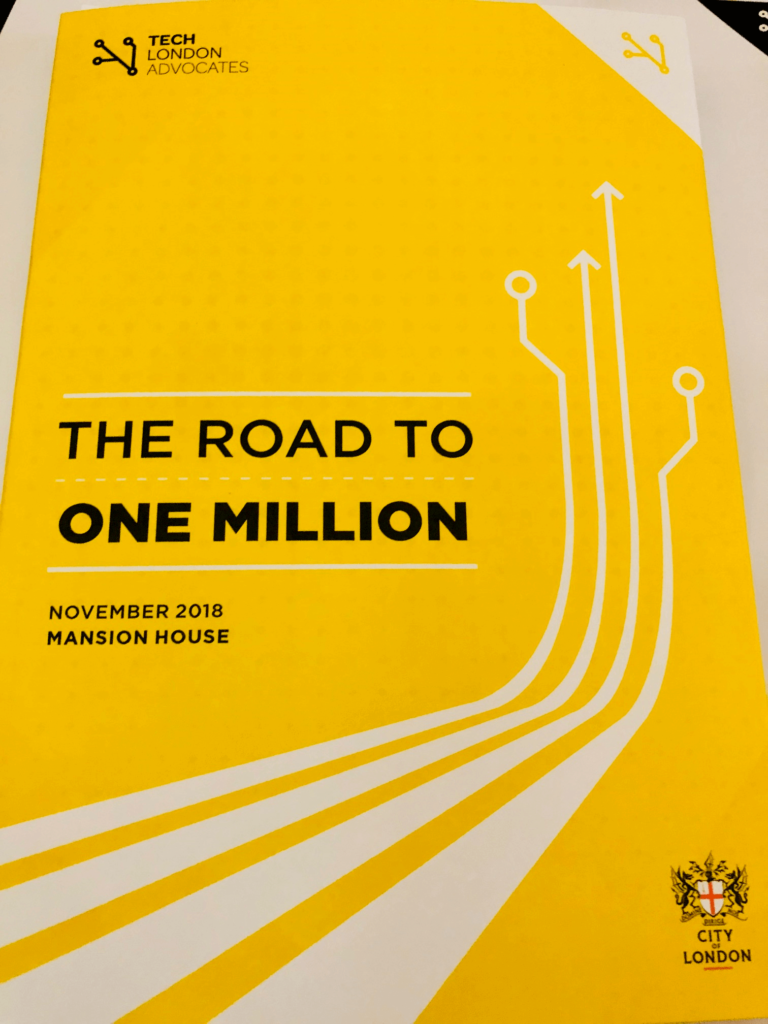 I was impressed by the speakers’ insights about diversity, and the reflection of this ethos amongst the audience of over 300 leaders in tech. Diversity and inclusion are not just issues for women and minorities in tech.

Diversity encompasses people from different ethnic, socio-economic and educational backgrounds and nationalities, different genders, the LGBT community, different cultural perspectives and religious traditions, different age groups and generations, and with disabilities and health challenges. Inclusion is building understanding and trust between all of these groups and more and creating a positive environment where they can become integrated and flourish without losing their individual identities and pride. 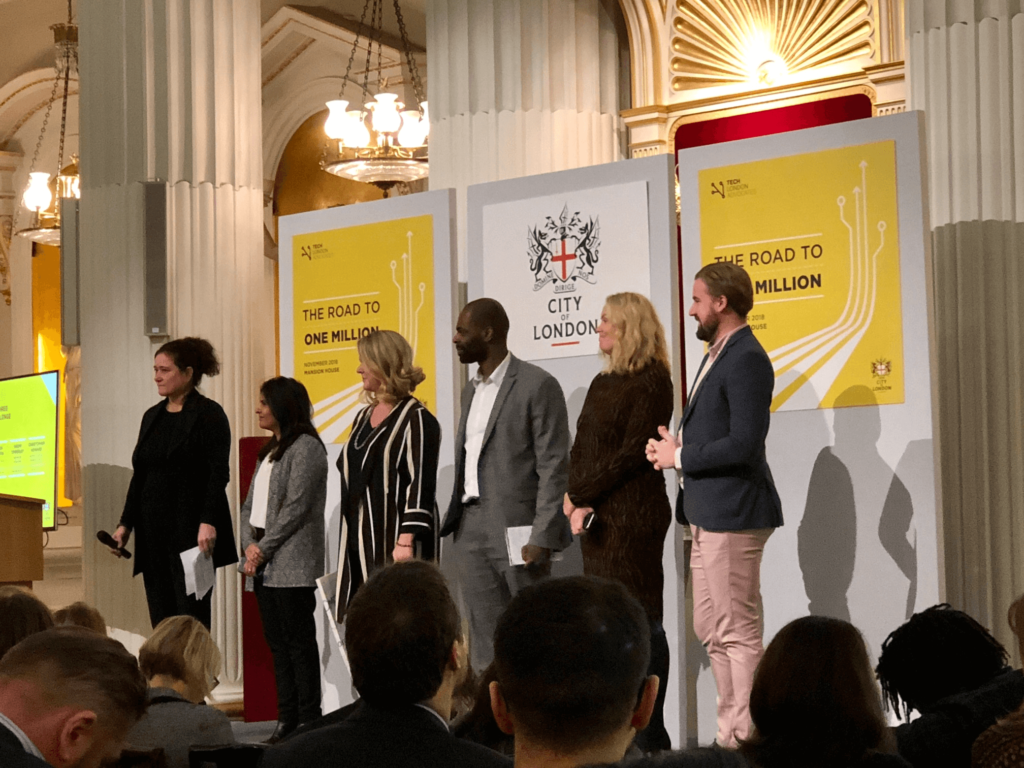 This message particularly resonated with me. Too often, we think of the diversity issue in silos specific to our own identity group.

My late father was a pioneering lawyer who became the first Asian-American elected to the California State Bar Board of Governors, co-founded the California Bar Foundation to empower the next generation and create a more diverse legal profession, and inspired and mentored minorities to pursue legal careers. He reminded me that real change takes time but is possible if we collaborate and build understanding and trust, not division and fear.

He said that equality has also been a struggle for minority men, and transformative change can only be achieved by championing integration, not polarisation. The civil rights movement would not have succeeded if the majority had not supported minorities and stood side-by-side with them to fight prejudice and injustice.

Although the tech industry has had a positive impact worldwide, there is work for us all to do to promote diversity and inclusion. Recent stats from BCS, the Chartered Institute for IT, show that women make up 17% of the tech industry in the UK; minorities also comprise 17% of the industry. Research by PwC suggests that the gender gap in tech begins at school level and carries on further into later stages. In UK fintech, women make up 29% of the workforce, with only 17% in senior executive roles, according to a fintech census by EY and Innovate Finance. A recent study of the 500 largest UK tech companies shows that almost three-quarters of the boards of these firms have no one from a minority ethnic background.

Women are also underrepresented in venture capital, with women comprising only 18% of investment professionals and 13% of decision-makers in the UK. Female founders received 2.2% of global venture capital funding in 2017, according to Forbes. Forbes also notes that less than 1% of American VC-backed founders are black.

As Jack Dorsey, co-founder and CEO of Twitter and Square, said: “The only way we’re going to build a business of relevance is to have diversity of perspective, diversity of background. If we want to serve the world, we have to be the world.”

On 30 November, I attended the Lord Mayor’s Digital Skills Summit, which convened business, tech, charity and educational leaders in London to ensure that people, communities and businesses are equipped with digital skills and that the City will remain at the forefront of innovation. This ambition is part of the Lord Mayor’s programme ‘Shaping Tomorrow’s City Today’ and is supported by the City of London Corporation’s Digital Skills Strategy. 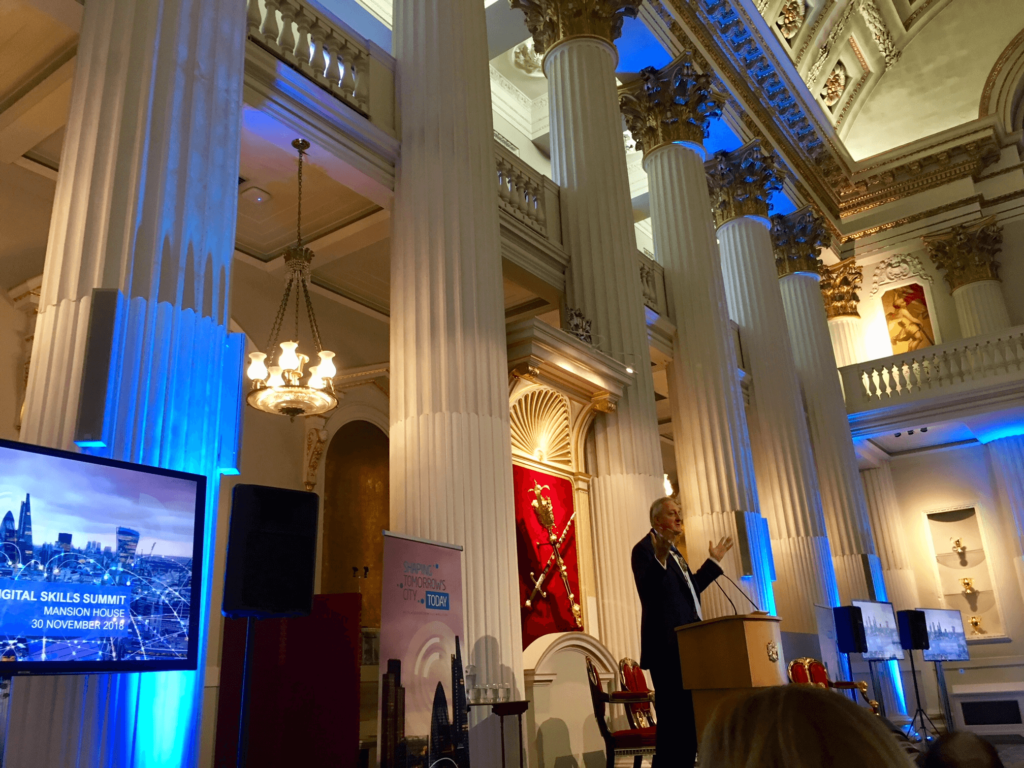 Rather than just talking about digital skills and diversity as abstract ideas or lofty ambitions, this event sought to identify actions we can all take to improve digital skills and enhance diversity. The event convened a varied cross-section of people who can bring about change.

Chaired by journalist and broadcaster Martin Popplewell, the forum included insights from the Lord Mayor and distinguished speakers from the OECD, DQ Institute, Centre for the Acceleration of Social Technology, Deloitte, Innovate Finance, Enforcd, AVADO and Lloyds Banking Group.

They reminded us that digital inclusion means catering for all people, including ensuring older generations do not feel threatened or disenfranchised by technology. We must enable people of all ages, levels and backgrounds to gain new skills and work in ways that foster trust, transparency and collaboration. 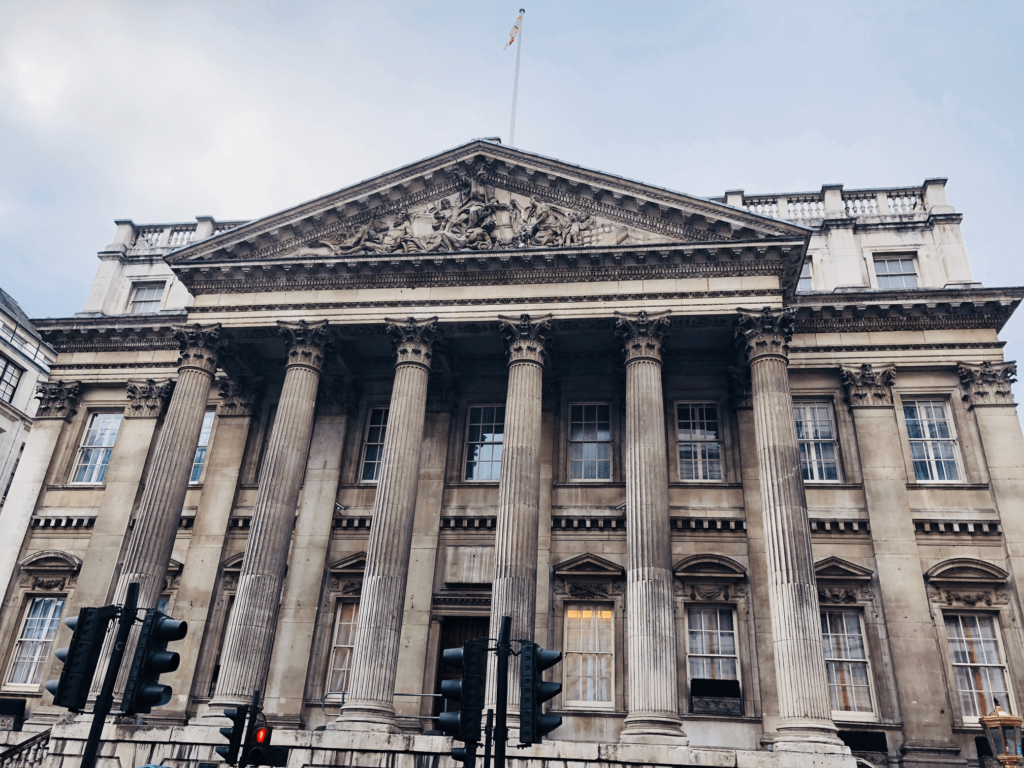 The speakers tackled big ideas like humanity in tech and fear of artificial intelligence and machine learning. Dr Yuhyun Park, founder of the DQ Institute (pictured below), said that the dialogue should not be about people competing against machines, but rather, how we can use technology to strengthen our humanity, enhance our productivity and collaborate to tackle the world’s biggest problems. 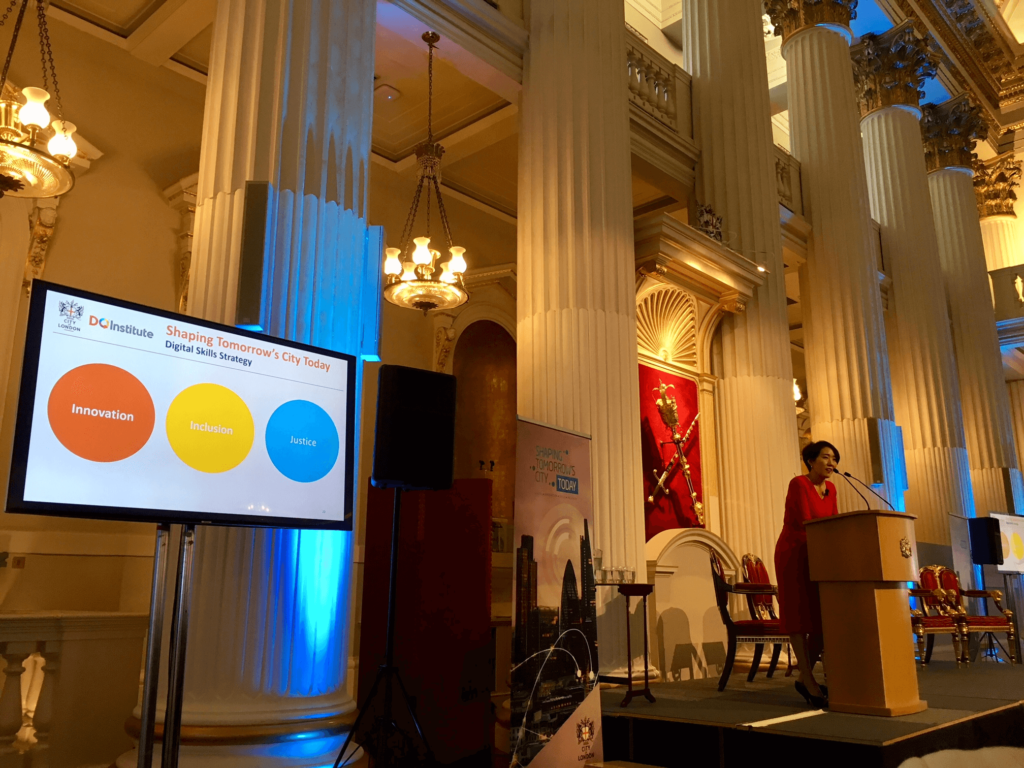 Inspiring the next generation of tech leaders

Last week, I had the honour of being invited by the London Innovation Society to meet a talented group of MSc students from Goldsmiths, University of London and to share my story and advice for getting into tech and fintech. I invited Julija Jegorova, founder of Black Unicorn PR, to join me and share her courageous story of setting up her own business after working for high-profile tech startups in London. 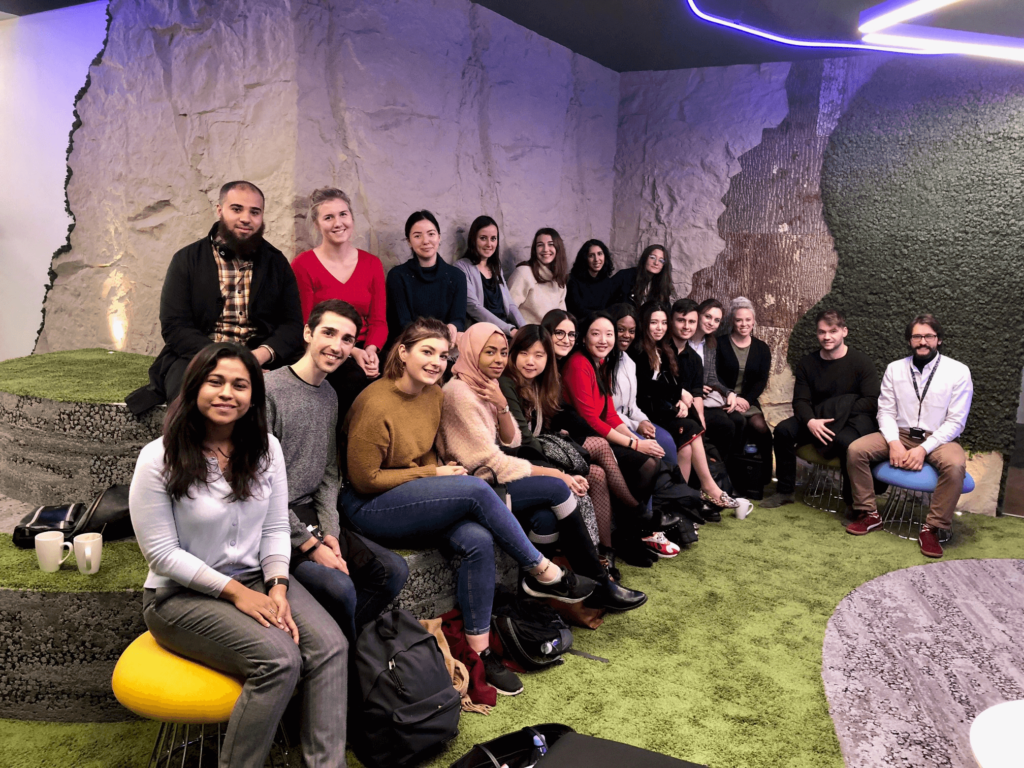 It was inspiring to meet such a curious and diverse group of young people eager to join the tech industry. I applaud the London Innovation Society, Goldsmiths, University of London, and Level 39 for organising this visit. Thanks again to Pedro Caetano and Alan Gulle for the invitation.

I shared my serendipitous journey from working for an education charity with corporate sponsors and donors to working with venture capital and private equity investors, the Mayor of London, US startups, global fintechs and fintech policy groups and connecting people across the globe. I was the least likely person to go into fintech, having studied Classics at Brown University and English at University College London. Anything is possible!

While I wholeheartedly agree we need to encourage more people to study STEM (science, technology, engineering and mathematics) subjects, there is still room in the tech industry for people who have studied other subjects and are eager to learn new skills and embrace new experiences. We never stop learning, and this diversity of perspectives and values brings strength to our industry and to our world.

I enjoy mentoring people in the early stages of their careers and recently took part in CoBa’s Women in Fintech podcast series with Chiara Ronga. I think initiatives like this are valuable to encourage people to share their candid stories and advice about getting into tech, finance and fintech and inspire others to be part of something bigger than themselves. It also helps people realise they are not alone in navigating their journeys. There is a vast, global support network for all entrepreneurs with vision, passion and integrity.

What we can all do to move the needle

In conclusion, I want to share three ideas about what we can all do to promote humanity, diversity and collaboration in tech, fintech and beyond. 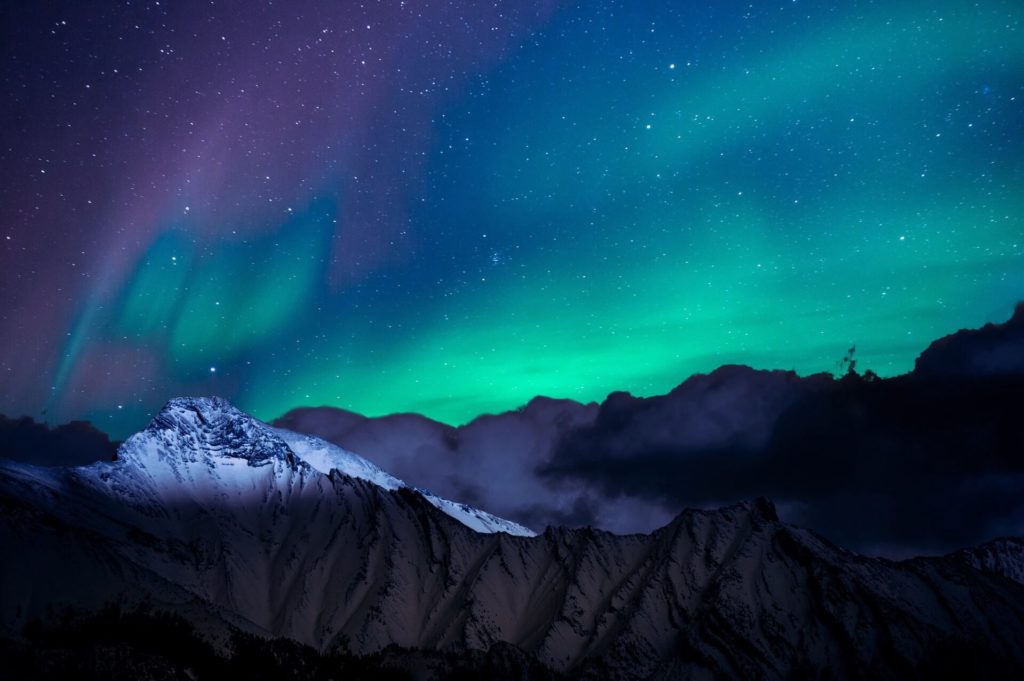 · Share your story. Volunteer to speak to students or to mentor young people or others who want a career change and are looking to join the tech industry. Introduce them to others in your network who can help them. You can inspire them to become agents of change and connect them with the world.

· Shape the debate. Share your insights to help shape the future of our industry. London’s strength lies in collaboration and evolution, building on strong foundations and embracing global ideas and change. Don’t be afraid to speak out and challenge the status quo. Join some of the great non-profit tech groups and initiatives here working to achieve positive change.

· Lead by example. Be open, honest and collaborative. Build trust, be direct and be respectful so you can empower others to express their ideas, collaborate and achieve success. Have ethical and flexible work policies (e.g. remote working and flexible hours for part-time students, working parents or those caring for elderly relatives) so you create an inclusive and positive work environment that caters to all people. A recent study by Google shows that trust (‘psychological safety’) is the most important factor contributing to a team’s effectiveness.

I enjoy discussing these topics, so please get in touch if you want to continue the conversation.

Mia Iwama Hastings is Head of BD at Priviti and based in London. She was included on the Innovate Finance Women in Fintech Global Power List 2017. Mia has a passion for technology, literature, Roman history and ideas that inspire transformative change.
Share
We use cookies to ensure that we give you the best experience on our website. If you continue to use this site we will assume that you are happy with it.Ok